And while we're on the subject, there is a debate currently raging on teh intert00bz concerning Microsoft's challenge to Apple's attempt to patent the phrase "app store". As Chris of The Lousy Linguist reminds us:

... the basic idea, as Wikipedia defines it, is distinctiveness ... While it may be the case that Apple introduced the term in 2008, it seems to have expanded to generic use in less than a year and now gets used at least semi-regularly for non-Apple products.

Well, yes, but what exactly is distinctivness in this context? As many were quick to point out, there is nothing distinctive about either "Windows" or "Office". John Gruber of Daring Fireball argues that that's totally ok, because Microsoft isn't selling actual windows or offices, a point I fail to grasp. If "Windows" or for that matter "Apple" can be trademarked, I don't see a reason why "App Store" or "AppStore" (note the capitalization) shouldn't be.
Also, let's pause for a sec and consider the word "app". Yes, the American Dialect Society word of the year, defined thusly:

noun, an abbreviated form of application, a software program for a computer or phone operating system

And this is where I say 'whoa there'. "App" certainly isn't a mere shortened form of "application". First of all, it refers specifically to applications on mobile devices with touchscreens* and applications for Macbooks (notebooks with OSX) that can be purchased through Mac App Store. Thus I have apps on my iPod touch and Palm Pre, but applications and programs on my desktop PC (Windows 7) and notebook (Vista)**. What's more, an "app" in terms of mobile devices isn't just any application for any mobile device. My venerable Palm m105 with Palm OS 5 had applications on it and they sure as hell weren't called apps. And neither are the Java applications on my trusty Siemens U600 or whatever it was I had on the iPaq I borrowed for that one trip back in '02. We all shortened words a lot even back then and yet, somehow we didn't come up with "app". Apple did, some time in 2008 with the introduction of iPhone, no doubt capitalizing on the similarity with company's name. And it's only then that "app" (and, by extension, "app store") entered public consciousness. The use of the term "app" was extended to computer applications with the introduction of Mac App Store last November, once again through concentrated effort on Apple's part.
And secondly, as Ian Bogost points out (via Daring Fireball), an app isn't just any new application. It is, for better or worse, a new way of creating and packaging functionality:

The days of the software office suite are giving way to a new era of individual units, each purpose-built for a specific function... or just as often, for no function at all.

So with all due respect to Ayn-Rand-channeling Mr. Russell Pangborn, an 'app store' isn't just a store that sells apps the same way a 'toy store' is a store that sells toys. It's a whole new platform for providing software, one that Apple invented and one that everybody else is copying. Now I'm no fan of copyright or trademarks, but if trademarks are a part of the system we use to protect intellectual property, then this one should by all rights go to Apple. 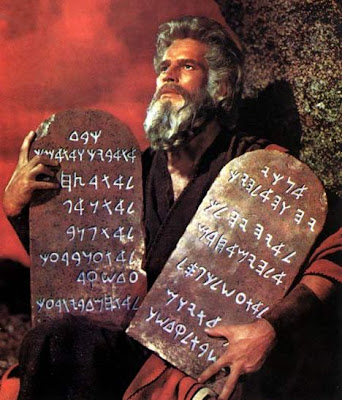 Go read the whole thing and follow the links. Spoiler alert: Yes, it is a satirical piece. But darn me if the parallels aren't eerie.
scripsit bulbul at 23:04 14 comments: